All of our latest press releases 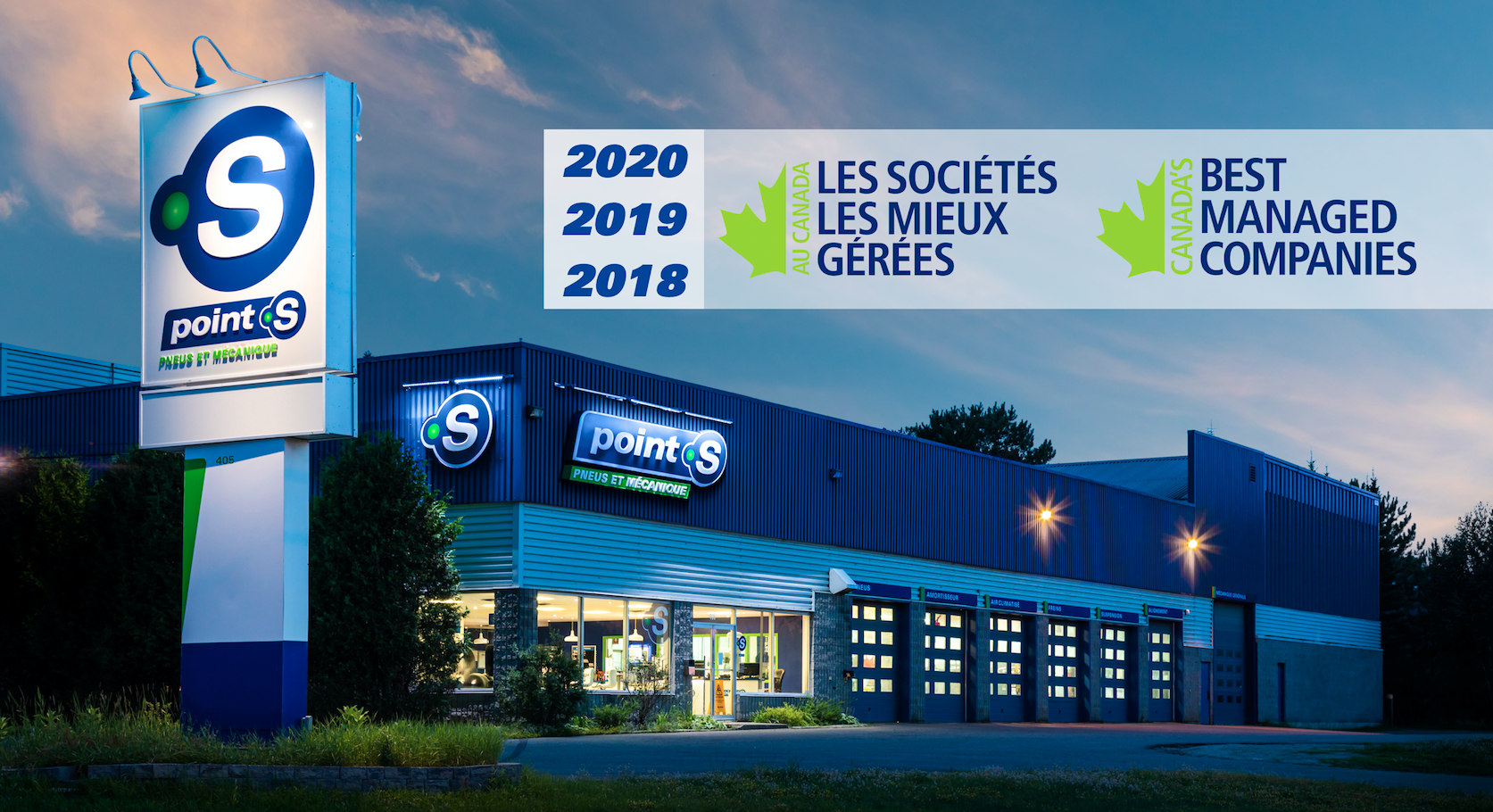 Point S Canada / Pneus Unimax has made the list of Canada’s Best Managed Companies for the third straight year in recognition of its overall performance and sustained growth. This achievement is due to its investment in talent, innovation, and technology. The 2020 Best Managed program award winners are among the best in class of Canadian owned and managed companies with revenues greater than $25 million and demonstrating strategy, capability, and commitment to achieve sustained growth.

Now in its 27th year, Canada’s Best Managed Companies is the country’s leading business awards program, recognizing excellence in innovative, world‑class business practices among Canadian owned and managed companies. Every year, hundreds of entrepreneurial companies compete for this designation in a rigorous and independent process that evaluates the calibre of their management abilities and practices.

With over 860 independent dealers and over three million tires sold every year, Point S Canada / Pneus Unimax. shifted its focus to retail four years ago when it turned its main brand, Unipneu, into Point S. In just four years, Point S has climbed to the top of the industry in terms of advertising awareness/noise—no small feat when you look at the competition. With its distribution network and seven retail banners, Unimax Tire has been able to up its purchasing power and improve the customer experience at its auto centres. “Receiving this prestigious designation is, above all, an opportunity to recognize our employees and dealers. It makes our group more credible with consumers, suppliers, and future employees,” says Bruno Leclair, president and CEO of Point S Canada / Pneus Unimax.

Canada’s Best Managed Companies continues to be the mark of excellence for Canadian owned and managed companies with revenues over $25 million. Every year since the launch of the program in 1993, hundreds of entrepreneurial companies have competed for this designation in a rigorous and independent process that evaluates their management skills and practices. The awards are granted on four levels: 1) Canada’s Best Managed Companies new winner (one of the new winners selected each year); 2) Canada’s Best Managed Companies winner (award recipients that have re-applied and successfully retained their Best Managed designation for two additional years, subject to annual operational and financial review); 3) Gold Standard winner (after three consecutive years of maintaining their Best Managed status, these winners have demonstrated their commitment to the program and successfully retained their award for four to six consecutive years); and 4) Platinum Club member (winners that have maintained their Best Managed status for seven years or more). Program sponsors are Deloitte Private, CIBC, Canadian Business, Smith School of Business, and TMX Group.

Point S Canada is one of the largest networks of independent tire and auto service retailers in Canada. It has more than 850 points of sale under 7 retail banners in Quebec, Ontario, Alberta, and the Maritimes. Point S Canada is Unimax’s retail division.